Two of my most favorite things are the OSU Buckeyes and books. However, due to the acts of his employee, Zach Smith, our head football coach Urban Meyer has been suspended for three games. This is because of Meyer’s lack of reporting of Smith’s domestic violence situation. Now, before I state my opinion, let me first state I am and will always be a Buckeye for life. The Ohio State University is where I received my Bachelor of Arts degree in Psychology in 1999. However, the irresponsible actions of our coach and all those involved are deplorable.


But before I get on him, the person who holds all of the blame and should have been given more consequences is the employee, Zach Smith, who was hitting his wife. We could argue that the wife is holding a grudge and wants the entire university to pay for her pain. I get that, she is angry and upset. Still though, her husband, who she chose to marry, should have been the sole heir of her rage. Not his employer. You don’t see the other big companies and institutions suspending top executives for possibly knowing about a said domestic violence situation and not attempting to do anything about it (such as firing the bad employee). But alas, here we are, and Coach Meyer is out for three games.


I am not trying to excuse anybody for committing the heinous act of domestic violence. Domestic violence is a sore spot with me because I witnessed my mother go through it at the hands of my biological father as well as going through a situation with myself in the past. To many times this issue is pushed under the rug and women, and some men, continue to be violated by their significant others. Now that the issue has been dragged across the country through the media, what can be done about it? Meyer should have at least reported the situation to the authorities, so the couple could get some help and their children didn’t have to suffer any more than they have been. That is his “crime” in this incident. Too many times we look the other way when someone is being hurt and it’s about time that someone is made an example of. Too bad for him, Urban Meyer had to get the rut of the penalties with the entire university following behind him.


The time is now to act. We have to protect the victims. I know, my Buckeye faithful, are indeed furious about what has happened and how it may affect our upcoming football season. However, a crime was committed, and policies were violated which is why Urban got to deal with the reprimands. Still though, what is going to happen to the husband and the millions of other perpetrators who attack their significant others. I think we let this slide too much, and too many times someone pays for it with their life. Laws need to be changed, upheld and solidified to deter this heinous act.


No one deserves to be beaten, especially by the ones who say they love them. We should be demanding that better laws are created and upheld by those who are supposed to protect the innocent are followed. Everyone surrounding Mrs. Smith let her down. For that, I as one of the Buckeye faithful, sincerely apologize. I don’t think anyone has actually sincerely said that to her. It may not mean anything coming from me, but I understand her pain and empathize with her. The Buckeyes will always be my team though, but this situation has tarnished our prized university. Still though, I’m a Buckeye till I die, and with that, let’s go BUCKS!!!

Posted by Toya Raylonn at 1:20 PM No comments:

We, as writers, have to be cognizant of our health: physically, mentally, socially and spiritually. One of the things that I was guilty of was living a mostly sedentary lifestyle. I would sit at my desk more than 60% of the day whether it be at work or at my home office. However, over the past year I have become diligent at becoming more active. I walk at least 1.5 miles, 4-5 times a week and consume no more than 1800 calories a day. I don’t sit for extended periods of time any more. Every hour I get up from my desk and either walk around, do 5-10 squats, or just stand up for a couple of minutes. These little bitty changes have been crucial to living a healthier life as a writer.


Writers must take care of themselves just as much as any other professional. We have to do it even more so because we tend to be alone at our respective “offices” composing works for hours at a time. Mentally we have to be strong enough to survive being by ourselves a lot. To that end, sometimes it can get very lonely. We have to remember, as writers, to keep our minds clear and positive. Falling into a funk of depression can easily happen. The question then becomes how to get out of that funk or avoid it in the first place. I wish I had an answer on how to totally avoid it but getting out of it is doable with help from peers, professionals, family and friends. Having a support system during your writer’s life is crucial because it wards off the feelings of loneliness and seclusion.


Socially writers tend to be loners and don’t like to be out and about spending quality time with others just doing simple things. But we cannot continue to be hermits pounding away at the keys of our laptops and shutting out the world. Human contact and socializing are important for everyone. Writers still need to be able to communicate with their outside world just as much as we do with the characters we create on paper.


As far as spiritually, time needs to be spent on this aspect of our lives just as much if not more than anything else. Our spirit man should be healthy so that we can take care of ourselves physically, mentally and socially. It starts with our inner man and who we believe to be in charge of our lives. Myself, as a Christian, I don’t go more than a couple days without tapping into my spirit through prayer, supplication and Bible study. It works wonders for every aspect of my life.


In conclusion, I must say that a healthy writer is a happy writer. But it takes work to get there. We cannot sit idly by as our lives past us sitting at our computers. Life must still go on and you never know, taking control of your health may lead to great story lines and better writing. So, if you were like me and lived a sedentary lifestyle where you don’t like to socialize, go to Bible study or listen to the advice of a good counselor, maybe you should start. You never know how beneficial it could be to you as well as your future readers. 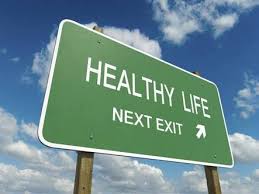 Posted by Toya Raylonn at 10:35 AM No comments: