On Writing: 7 Years a Book


The very first book I wrote took me 4 years to complete. The second one, which is the second book in the series, took me over 7 years to complete. I know, I know, you’re asking what took me so long. Well in a nutshell, I had no idea what I was doing. I had to take the time to learn how to write. Yes, it takes time to learn the craft of writing a novel. You don’t just do it willy nilly then expect someone to read it. You have to sharpen your skills and create the best work you can. It also helps that I was not signed to a publisher or they may have dropped me like a hot potato after the first year.


Still though, I think the time I spent was well worth it. With the first book I did not plan it out at all. I just wrote from the hip and let my characters tell me where to go with the book. I rewrote it so many times though because it had to make sense as a person sits down to read it. The second book I actually plotted out with an outline and stuck to it for the most part. To that end, all the other books I have planned and started already have an outline that I will be following when it is time to finish those stories.


Now don’t get me wrong, 7 years is a long time to write a book. But, I must admit life did get in the way. I got married in 2014 however, before then I was in the most tumultuous relationship I had ever been in. The latter relationship gave me the inspiration to write a short story based on actual events. My marriage helped me finish the second novel and many of the romantic scenes are based on actual events. I did get frustrated with myself for a long time writing the second novel though because it seemed like things kept happening that would stop me from writing for months at a time. Still though, it is probably best that I am self-published so that the only person who can give me a deadline is myself. 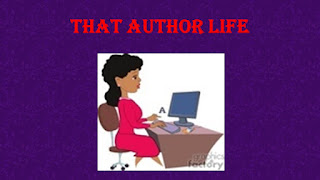 My advice to new writers: don’t get frustrated that is taking you so long to finish one book, no matter how many pages it is. Take your time, learn what it takes to really make a quality book and get it done. Now I wouldn’t recommend taking my route, but hey what ever you feel is the best for you to do, just do it.
Posted by Toya Raylonn at 4:53 PM